Medical aids is South Africa have very strict criteria about cover for new members with pre-existing conditions. This is not only about diseases but any medical condition that exists at the time you sign up for membership. Pregnancy is one of those conditions. However, pregnant women should still join a medical aid since the cover may still be necessary for the newborn baby as well as the mother’s other medical expenses.

Pregnant women in South Africa need to be aware that medical aids in the country will not cover the costs of their existing pregnancy if they sign up when already pregnant. It often comes as a major shock and disappointment to pregnant women that they will not be covered if they only join a scheme after falling pregnant. But it is important to understand why this is the case.

The bottom line is that pregnancy is a medical condition although not a disease. There there is no immediate cover for pregnancy. In this light it needs to be viewed as a pre-existing condition if you sign up for medical aid when pregnant. In the past medical aids gave you the benefit of the doubt if you were 1 month pregnant and even up to the first trimester, you could get covered for the pregnancy and labour costs. 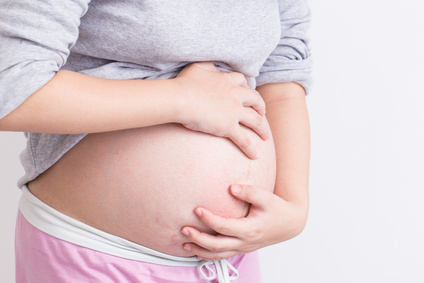 However, pre-existing diseases were subject to a exclusion period which is 12 months. This simply meas that you have to wait for 1 year before you can claim for cover on the costs of any condition that you had at the time of joining the scheme. After this period you have full access to the medical aid benefits for the year, or on a pro rata basis if you do not join by January of that year.

Yes. Medical aids in South Africa do cover pregnant women but not for the costs of the pregnancy and labour if they are pregnant at the time of becoming a member of the scheme. Future pregnancies are covered. All other medical costs are covered after the 3 month waiting period for treatment of a pregnant women provided that it is not related to pregnancy or childbirth.

Gone are the days where a select few schemes, often restricted medical aids, gave women leeway to sign up for pregnancy cover when already pregnant. However, this rule does not apply if you had cover at the time of falling pregnant and are simply moving from one medical aid to another or changing plans within the same scheme. In these cases your pregnancy is covered.

Reasons Why Medical Aids Do Not Cover Already Pregnant Women

All too often on South African forums, pregnant women are complaining that medical aids are treating them unfairly by not providing immediate cover for their existing pregnancy. It is often the words of ignorant consumers and the reality is that medical aids are not discriminating against pregnancy. It is important to understand that pregnancy is not a medical aid exclusion but rather it is not immediately covered for new members.

Medical aids in South Africa are non-profit organisations.  A scheme works by pooling the funds of all members together, paying out for those who are ill and keeping the rest in reserve. Medical aids do not invest member funds in risky portfolios to make a profit for themselves. Some women over the years have signed up for medical aid after falling pregnant, had their pregnancy and labour costs covered and left the scheme shortly thereafter.

Their total contributions in this time was far less than what the medical aid paid out for their pregnancy and childbirth costs. It was the existing members of the medical aid that were ultimately impacted. The funds that accumulated in the scheme’s pool over years were paid out to new and unscrupulous members who just wanted to have their pregnancy cover and then not contribute to the fund ever again.

While many pregnant women may feel discriminated again, the fact is that the waiting period imposed on new members is a financially logical condition. Medical aid is not a cover that you buy when you need it. Nobody buys car insurance once they meet with an accident. Medical aid should be a commitment when you are young and healthy so that you can benefit from cover when you need it the most.